A stalled front to the west may aid development of a stray shower on Wednesday. Then, surface high pressure and an upper level ridge will create a hot, mainly dry pattern late week through Memorial Day Weekend.

Today and Tonight: After another muggy beginning, Wednesday will be warm and humid with high temperatures in the low 90s. There could be a stray shower or thunderstorm but measurable rain coverage will be less than 10 percent. Overnight low temperatures will stay in the low 70s.

Up Next: A strong mid and upper level ridge of high pressure will build across the Southeast U.S. beginning Thursday, allowing for an essentially rain-free period that will stay the course into the weekend. This ridge will also steadily increase high temperatures into the low to mid 90s through Memorial Day. The ridge will be the dominate weather feature, protecting the area from any organized storm systems and keeping ample sunshine around. For now, humidity will be “in-check” and not to summer levels but you will notice a little. If you are vacationing along the Gulf Coast from Louisiana eastward to the Florida Panhandle, similar hot and dry conditions are expected. 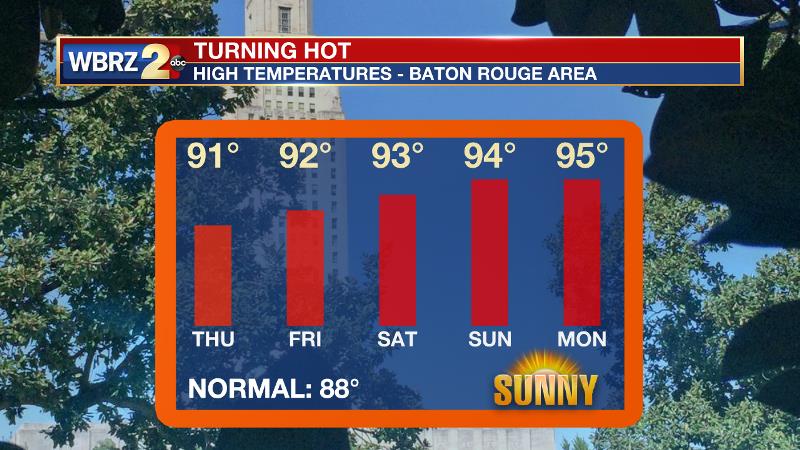 The Mississippi River: At Baton Rouge, major flood stage continues with a level of 44.0’ as of Wednesday morning. Peaking at 44.1’ on March 19, the river set its 7th highest recorded crest at Baton Rouge. At 137 days, this year marks the longest period above flood stage at Baton Rouge. Cresting now, the level will not start to fall until at least this weekend. The high water is primarily an issue for river traffic and river islands, although some inundation will continue unprotected low-lying areas. The city of Baton Rouge and the main LSU campus are protected by levees up to 47 feet. Some soggy areas and seepage may be noted due to the long duration of high water placing pressure on the levees. As some of the Mississippi River diverts into the Atchafalaya River, gauges at Krotz Springs and Morgan City will stay high as well. This creates backwater flooding in parts of Assumption Parish in areas such as Stephensville and around Lake Palourde. Like Big Muddy, this is expected to be a prolonged event but is not uncommon for the time of year. 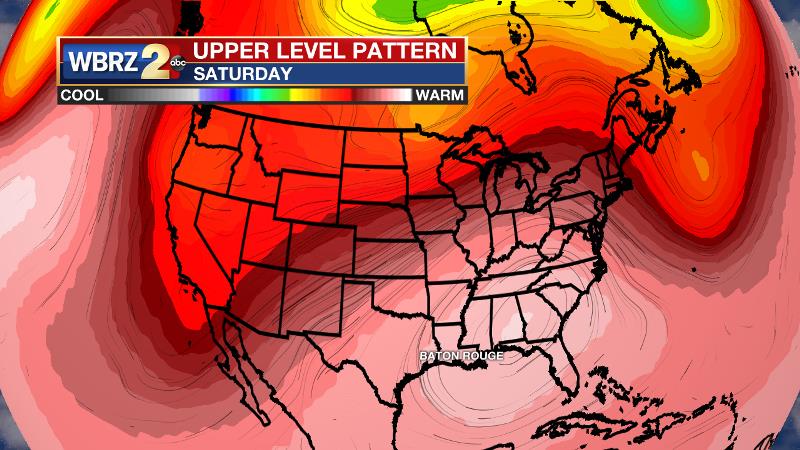