The third and final landfall of Harvey occurred around 4am near Cameron, Louisiana. A TROPICAL STORM WARNING is posted from Grand Isle, La. to High Island, Tx, including Assumption and St. Mary Parish, as heavy rain and winds up to 45mph are possible. A STORM SURGE warning is posted from Morgan City, La. to Holly Beach, La as 2 to 4 feet of coastal inundation is possible.

Tropical Storm Harvey is finally making a push northward. Since the center of low pressure is moving closer to the Baton Rouge area, the next two days will be breezy with scattered showers and thunderstorms. 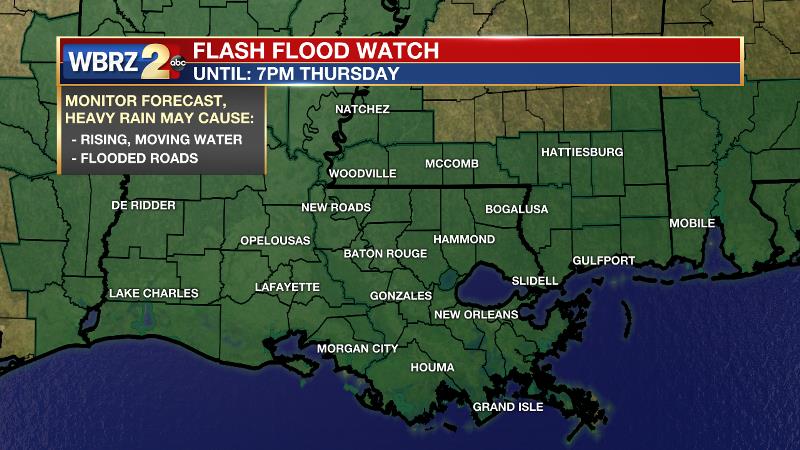 Even though the steadiest precipitation has ended, the National Weather Service maintains a FLASH FLOOD WATCH through Thursday.  Particularly heavy rain bands falling over saturated ground could still create some flooding problems for poorly draining basins and roads. 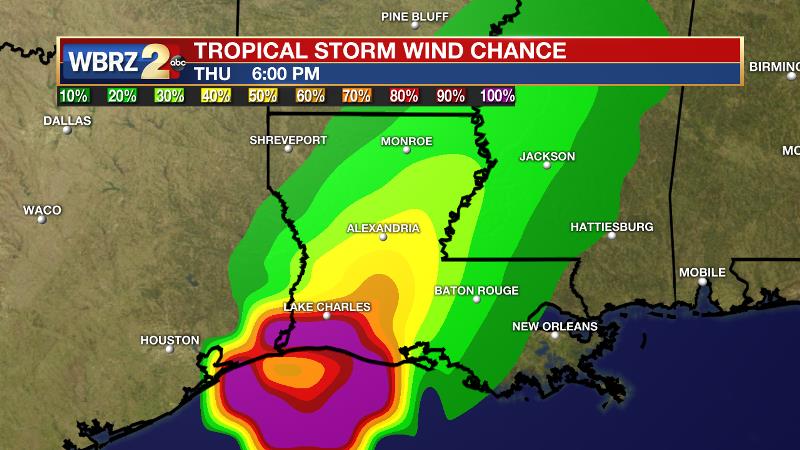 Today and Tonight: Showers and thunderstorms remain in the forecast for Wednesday. Activity will be a bit more scattered in nature, meaning more breaks, but rain could still fall heavily. Another wrinkle added to the forecast is wind as the center of Harvey passes closer to the Baton Rouge area. A WIND ADVISORY is posted for parishes along the Mississippi River as east winds of 15-20mph are expected with gusts up to 40mph possible. Mostly cloudy skies and spotty showers will continue Wednesday night with low temperatures in the low 70s and east winds of 10-15mph.

A strong push of dry air into the center of Tropical Storm Harvey has caused the system to become ragged. Tropical rain bands may still produce downpours, but two days since it intruded, dry air has started to limit activity east of the storm. Tropical Storm Harvey will continue northeastward through Thursday, accelerating and becoming a tropical depression in north Louisiana by Friday. A weak upper ridge in the eastern Gulf of Mexico will force Harvey toward an upper trough in the Midwest that will absorb the system into the jet stream. The upper level winds will then finally be able to steer the system away from the Gulf Coast by Friday and the weekend. 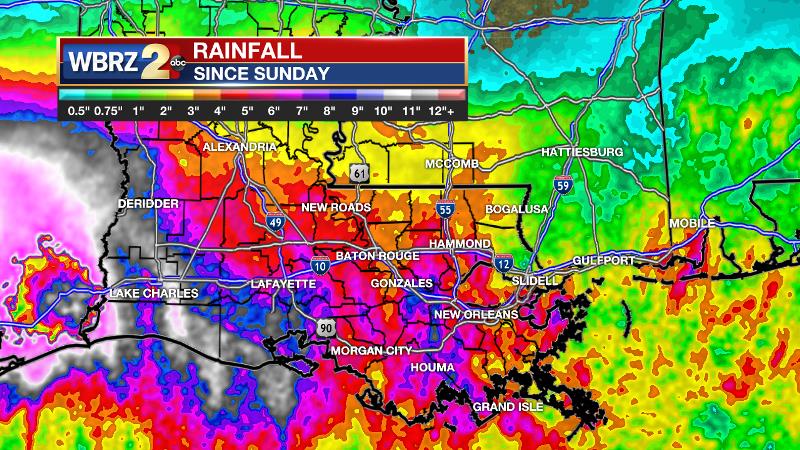 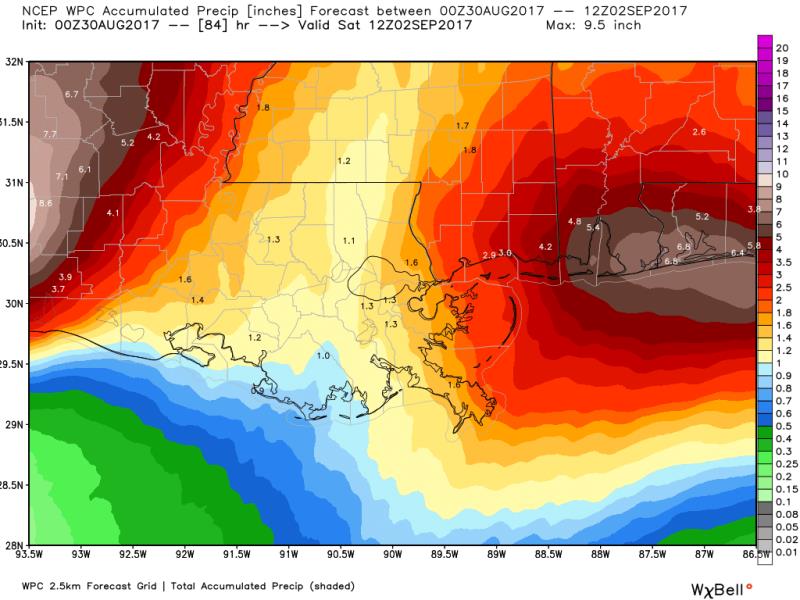 Through Friday, the Baton Rouge area can expect an additional 1 to 3 inches of rain for storm totals (8/26 – 9/1) of 4-7 inches with isolated higher amounts—as initially forecast last week. The lowest totals will be north of I-12, over southwest Mississippi and the neighboring Louisiana parishes. The highest totals will be southwest of Baton Rouge over the Atchafalaya Basin. Some isolated storm totals near 10 inches will be possible in St. Mary and Assumption Parishes. 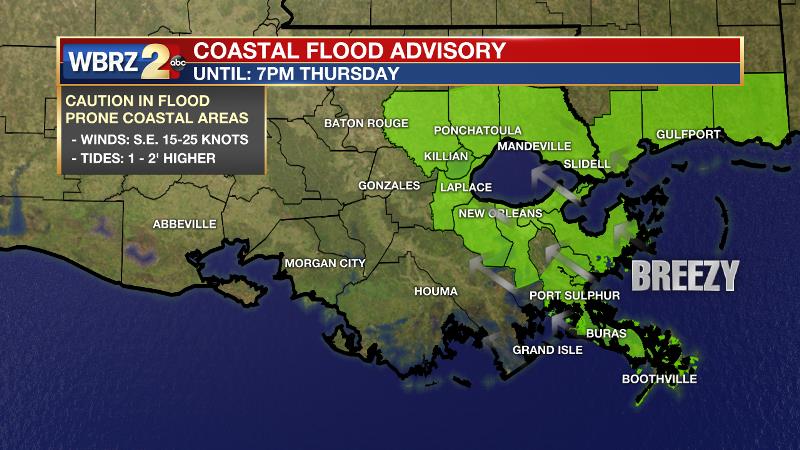 Confidence has increased that rivers in the WBRZ Weather forecast area will not cause any serious issues. At this time, and given the projected additional rainfall, only the Tangiphaoa River at Robert is expected to crest just above flood stage. Some coastal flooding of approximately 1 to 2 feet along Lake Maurepas and Lake Pontchartrain might also result in increased river levels on the Amite River near Maurepas as well. Keep in mind, since it would only take one ill placed rain band to change the river stages elsewhere, stay in touch with the forecast through Thursday.

As always, the WBRZ Weather Team is here for you, on every platform. Your weather updates can be found on News 2, wbrz.com, Facebook, Twitter and the WBRZ WX App. on Apple and Android devices. As always during hurricane season, stay prepared and review plans.