This free, public observance was held aboard USS KIDD beginning at 11:55 a.m.

Baton Rouge native Matt Noland served as the guest speaker for the Pearl Harbor ceremony at the U.S.S KIDD, honoring 80 years since the attacks.

Noland, once a local sailor, now commands his own U.S.S KIDD ship in Everett, Washington.
While growing up in the city, he once toured the U.S.S KIDD, gaining inspiration to start a career in military operations.

He says to be a part of today is special, and a serious part of history he now feels connected to.

"What a legacy to be a part of and what an honor to play a small part in Kidd's history, a legacy connecting Admiral Kidd, Pearl Harbor, the battleship Arizona, the city of Baton Rouge, and my ship the DDG 100 and me in an unlikely but beautifully connected not coincidental string of history," Noland said.

It was a Sunday morning in December of 1941 when 183 aircraft of the Imperial Japanese Navy attacked the U.S. Naval base at Pearl Harbor on the island of Oahu, Hawaii.

The December 7th attack led to the deaths of more than 2,400 American military personnel. Among those lost were Rear Admiral Isaac C. Kidd, Sr., after whom the USS KIDD is named, and 46 native sons of Louisiana. 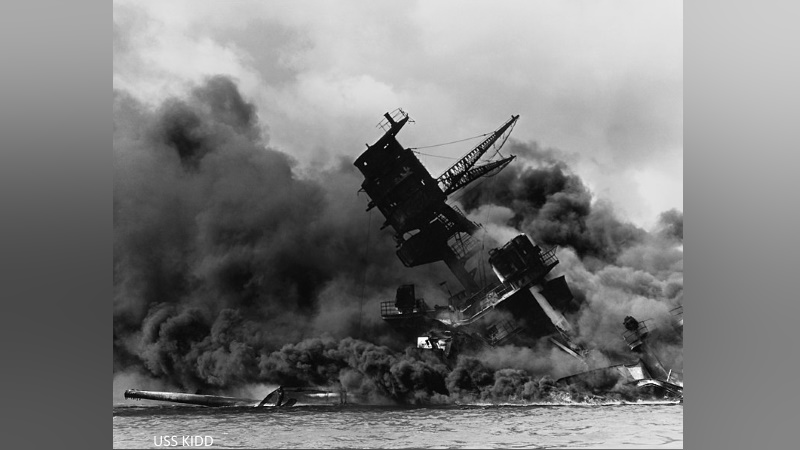 The Coast Guard buoy tender WHITE ALDER was lost in a collision on the Mississippi River near White Castle on December 7, 1968.

Members of the USCG Marine Safety Unit Baton Rouge will honor the 17 crew that went down with their ship. The WHITE ALDER’s crew is entombed aboard their ship on the river’s bottom.