Trooper injured in overnight crash on I-10 West

BATON ROUGE - Authorities say a woman has been arrested after injuring a trooper in an overnight crash on I-10 West.

Authorities say the trooper was stopped in the right lane in a fully marked Louisiana State Police Tahoe with their emergency lights activated. A construction "crash-truck" was positioned behind the Tahoe. At the same time 31-year-old Volha Tryshyna was driving in a 2016 Jeep Cherokee.

Last night Troop A investigated a crash on #I10 near Siegen Ln. in #BatonRouge which resulted in injuries to a #Trooper & the arrest of a suspected impaired driver. Thankfully the Trooper will be OK! #DriveSober #MoveOverhttps://t.co/f5LXIYHQoB pic.twitter.com/dUmahrWO55

The trooper was taken to the hospital with moderate injuries. Authorities say Tryshyna was properly restrained at the time of the crash and was uninjured. Impairment is suspected on her part. 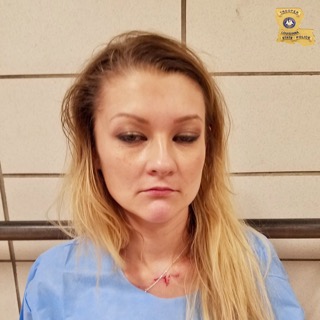 Tryshyna was charged with DWI, vehicular negligent injuring, and careless operation. The overnight crash is still under investigation.

This is the second crash this week that took place in a construction zone. A contract worker was killed Wednesday after a vehicle collided with equipment on the Atchafalaya Basin Bridge, according to DOTD.