SPIRIT OF CHRISTMAS: Coach O's wife gives a peek into their home for Christmas

BATON ROUGE- Everyone has their Christmas traditions and tasty treats but in the Orgeron house, the holidays are always mixed with a little football.

Let's start with the food...Kelly Orgeron's bon-bon treats are as good as a big win on a Saturday night in Tiger Stadium.

"You put powdered sugar, butter, condensed milk, coconut, and you mix it all together. Roll it together in balls, put in the freezer to get a little hard, then dip them in chocolate and they are ready to eat," Kelly Orgeron said.

She only makes them twice a year, including Christmas, and guarantees they are worth the wait.

Part of the Orgeron holiday tradition is munching on sweet homemade desserts including their family's famous pecan pie. And of course there’s plenty of photos that make for great oohs and ahhs. 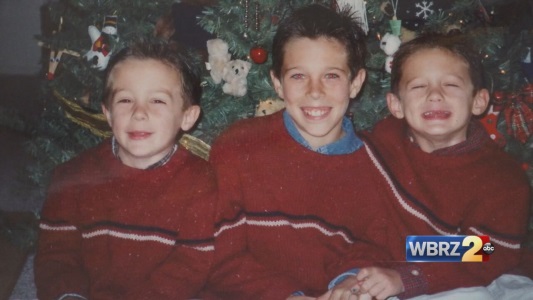 “Our oldest is Tyler and then the twins are Cody and Parker...” Kelly continued, “Parker looks like Coach O, he looks identical to his father."

Kelly says Christmas mornings are always loud and filled with excitement with the boys.

"Energy, excitement...you know you can imagine having three boys at these ages they were always excited and it was always fun,” Kelly said. 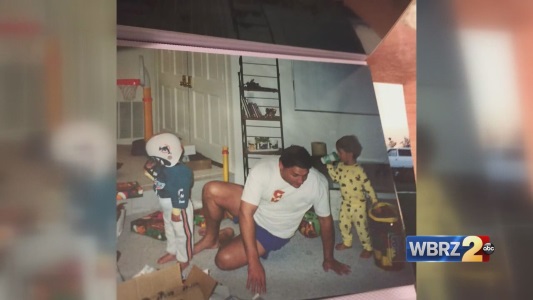 This one is when the boys got their first helmet and football. It’s is the hands-down favorite.

"The excitement that was on those boys' faces, it went on for months and months and months. They didn't want to take their uniforms off, the helmets were too big for them and shaking on their head but it didn't matter,” Kelly said.

And, thank goodness Santa has a GPS with this family's jam-packed schedule.

"Santa has come to a hotel room for many years for the boys...we're always in a bowl game, which you want those bowl games and that's good. It means the season's going well.” Kelly continued, “As they got older they wanted Santa to come to their house. This year looks like we'll be doing presents also at the hotel on Christmas, but it is all good."

If you were expecting a purple and gold Christmas tree, no worries, Kelly says there is one upstairs in their house. But, downstairs yuletide trimmings fit the more elegant decor along with candles all aglow that create warmth and tranquility.

To top it off the tree is covered with beautiful eye-catching ornaments and lots of crosses.

"This is one of my favorites, 'Those who hope in the Lord will renew their strength, Isaiah 40:31,' of course, that really spoke to me.” Kelly continued, “Just with all the health issues I've gone through in the last few years, I know my strength will be renewed and I know my health is a continuous process."

Months ago, perhaps it was her faith or a little divine intuition, convinced Kelly to purchase a unique piece of art that now hangs in their dining room. She says it shows a clear sign of things lining up for the Tigers, and if you look closely, you see the Heisman Trophy. As we now all know, LSU quarterback Joe Burrow did win the coveted Heisman. 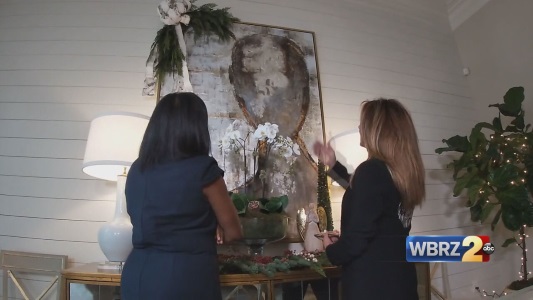 "At the top of the head, start a little to the left to the center, come down and there's the shoulder, come down, there's the one left hand...and come on down there's the other leg, his arm, his shoulder and there are a few crosses scattered in there," Kelly explained.

Kelly says this year the spirit of Christmas is all about celebrating with family.

"We're going to be with lots of family, meaning all of our LSU nation this could be the best Christmas we've had...it's going to be great. Geaux Tigers!"