Today and Tonight: Temperatures staying above average, but the real story will be the oppressive humidity. Temperatures will be warming into the 90s around lunchtime, but “feels like” temperatures will already be around 101 and peak at 103 around 2 PM. Isolated storms will build late morning and early afternoon, and move inland through much of the day. Conditions should begin to dry out a bit between 7 PM and 8 PM. Clouds will linger, but eventually break overnight with calming winds. Temperatures will be dropping into the 70s around 9 PM, on their way to an overnight low of 74°. 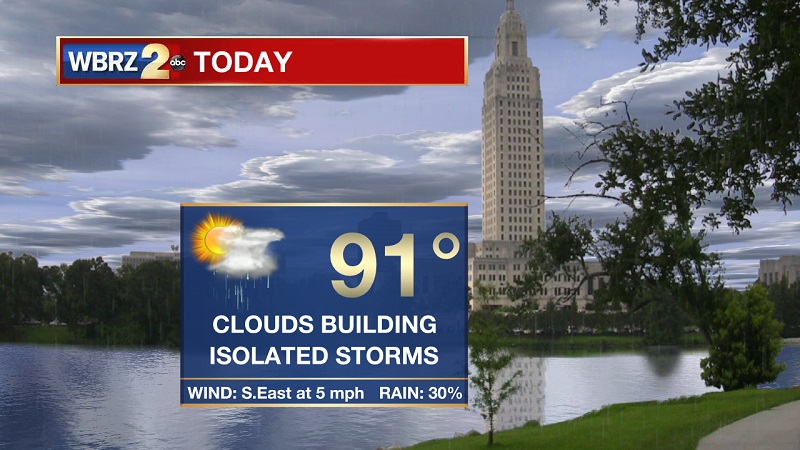 Up Next:  A stalled cold front approaches from the northwest over the weekend, helping to provide more scattered showers and storms that will linger into next week. This front will keep conditions consistent until the latter half of the week, as a stronger cold front helps to push cooler and drier conditions across the Gulf States. 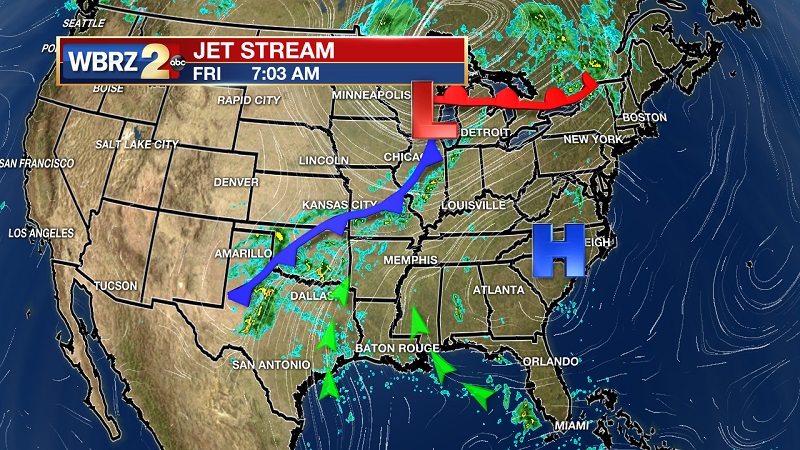 We are tracking four tropical waves that have the potential of gaining tropical characteristics over the next 5 days. 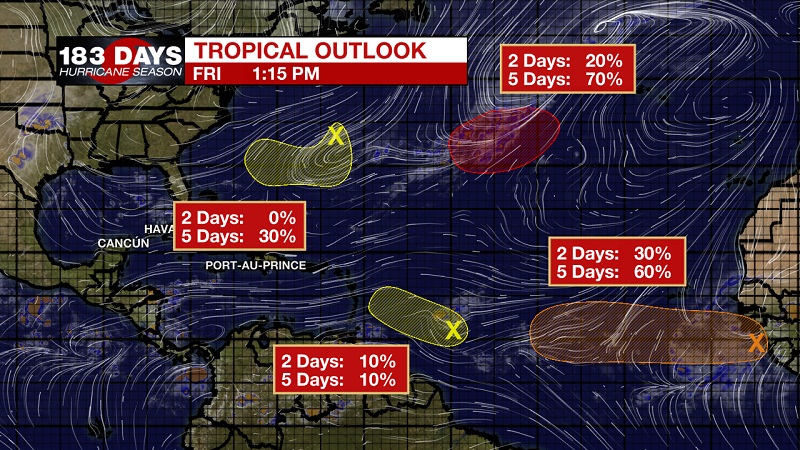 Showers and thunderstorms associated with a tropical wave located about 600 miles southeast of the Cabo Verde Islands are showing some signs of organization. The environment is forecast to be conducive for slow development, and a tropical depression could form early next week while the system moves westward at 15 to 20 mph across the low latitudes of the eastern and central tropical Atlantic Ocean. The National Hurricane Center is forecasting a 20% chance of development in the next 2 days, and 60% within the next 5 days.

A weak low pressure area located about 600 miles east of the Windward Islands is producing disorganized showers and thunderstorms. The combination of dry mid-level air and strong upper-level winds is expected to hinder any further development of this low while it moves west-northwestward at around 10 mph. The National Hurricane Center is forecasting a 10% chance of development over the next 5 days.

A broad area of low pressure located just southeast of Bermuda is producing minimal shower activity while it moves southward at 10 to 15 mph. Although a combination of dry air and strong upper-level winds is expected to inhibit any significant development over the next few days, the environment could become conducive for slow development when the system moves over the southwest Atlantic Ocean during the middle part of next week. The National Hurricane Center is forecasting a 20% chance of development over the next 5 days.

A non-tropical low pressure system is forecast to develop tonight over the central subtropical Atlantic Ocean midway between Bermuda and the Azores. Conditions are expected to be conducive for the low to acquire subtropical or tropical characteristics, and a subtropical or tropical cyclone is expected to form late this weekend or early next week while the low meanders over the central Atlantic Ocean. The National Hurricane Center is forecasting a 10% chance of development over the next 2 days, but a 70% chance within the next 5 days.

A cold front is attempting to break into northern Louisiana and Mississippi this weekend, which will allow for humid conditions, hot temperatures, and scattered, afternoon storms. This front will set up camp and not move much into the workweek, but a secondary front will enhance and push into the Gulf of Mexico during the latter half of next week. Temperatures will eventually reach average for this time of year on Wednesday, which is 88°. Highs will continue to drop into the low to mid 80s by next weekend, with lows plummeting into the 60s as long as the second front keeps its strength.