BATON ROUGE - Severe weather threatened a number of states in the Deep South on Wednesday evening as tornado watches were issued for portions of Louisiana, Arkansas, Oklahoma, and Texas.

Overnight in Louisiana, residents of Livingston Parish were on alert due to a Tornado Warning from the National Weather Service and area officials reported 3-4 minutes of very strong winds on Hwy 1019/Rafe Ballard Road near Walker.

Early Thursday morning, over 5,000 in Louisiana were without power with the majority of outages in Jefferson Parish and St. Charles Parish.

Nearly an hour earlier, around 4:30 a.m., weather experts urged residents of the New Orleans area to be aware of a Tornado Warning for the Jean Lafitte/Crown Point area, according to WWL-TV.

Weather conditions that were capable of producing a tornado were reported in the West Bank area and experts said the system was expected to head towards the Belle Chase/Plaquemines Parish area by 4:45 a.m.

A tornado was not spotted on the ground, as of 4:30 a.m., but meteorologists advised caution and said residents of the Belle Chase/Plaquemine area should take tornado precautions just in case they were impacted by the weather conditions.

Preparing for a tornado includes gathering in a safe, window-less area in one's home and keeping items such as a battery-powered radio, flashlight, first-aid kit, and any necessary medications on hand.

A Flash Flood Warning was issued for parts of Orleans, Jefferson, St. Charles until 6:45 a.m.

Mississippi also withstood severe rainfall with an overnight Tornado Warning issued in Wilkinson County, though no damage was reported as of 4:30 a.m., Thursday.

2une In Meteorologist Marisa Nuzzo is providing viewers with live weather updates from 5 a.m. until 9 a.m. Thursday, which can be viewed live online here. 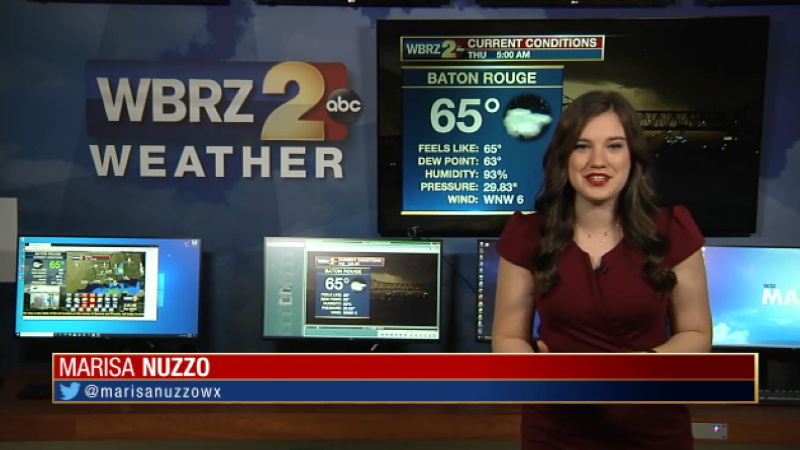 Additionally, the entire WBRZ Weather Team is keeping an eye on the situation and can be followed on Facebook and Twitter for frequent updates.