ST. TAMMANY PARISH  - Two people were taken to the hospital after a crash on the I-10 Twin Span Bridge Friday morning.

According to WWL-TV, the crash involved an overturned 18-wheeler and a damaged pickup near mile marker 256 on the bridge. 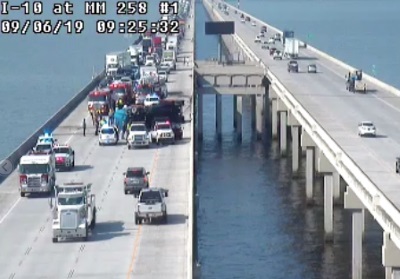 The cause of the crash hasn't been released at this time.

According to Louisiana State Police, the bridge was reopened around 1:45 p.m.