BATON ROUGE - According to Total Traffic and Weather Network, a Thursday morning crash on I-10 W at the Nicholson Dr/LSU exit has caused severe congestion from I-10 W's Perkins Road exit to the Mississippi River Bridge. 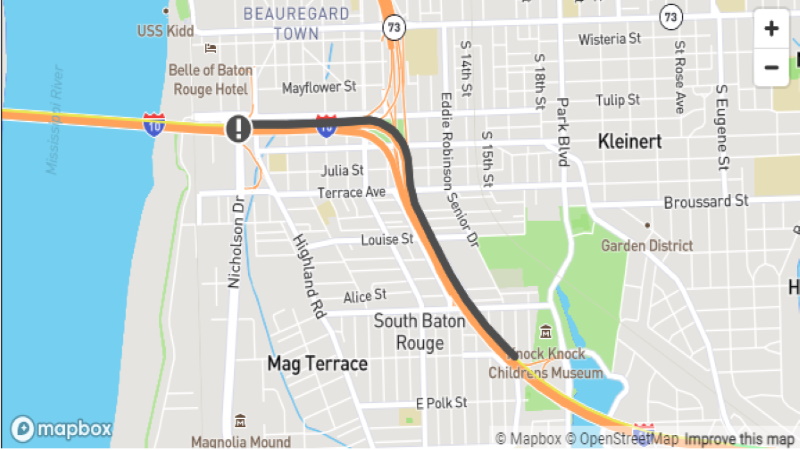 The wreck was initially reported around 5 a.m. and though one lane of traffic was temporarily closed along I-10 West, it was reopened around 6 a.m.