Subtropical Storm Ana has developed in the Atlantic, near Bermuda, becoming the first named storm of the 2021 Atlantic hurricane season. A subtropical depression or storm has characteristics of both a tropical and extratropical cyclone. This system will NOT impact the United States and is forecast to remain out to sea.

Even though the season officially begins on June 1, preseason development has not been unusual of late. Storms have been named ahead of June in each of the last six seasons. This is now the seventh season in a row with pre-season development. 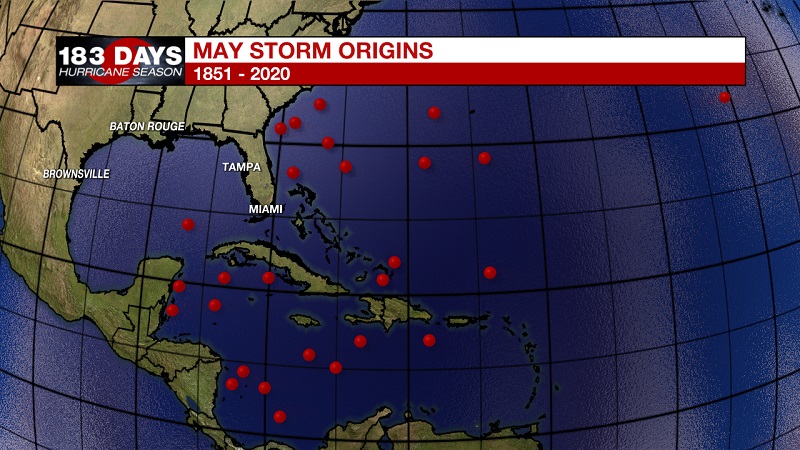 -- Above is a graphic that illustrates where May storms have developed since 1851.

Yesterday, NOAA released their forecast for the 2021 Atlantic hurricane season. Their forecast is on par with the forecast from Colorado State University, calling for an above-average season. For more details click here.