A police chase ended when a car crashed into a church Friday morning, but that didn't stop church officials and congregants from gathering on Sunday.

Davis told WBRZ that the building posed as too much of a danger to allow the congregation inside.

Officials say the driver of the vehicle that crashed into the church Friday was a 15-year-old female. She has since been arrested. A court summons has been issued for two adults that were in the vehicle at the time of the crash for contributing to the delinquency of a juvenile.

Sources say the pursuit started at Claycut and Foster, and ended at North 37th Street and Gus Young Avenue. 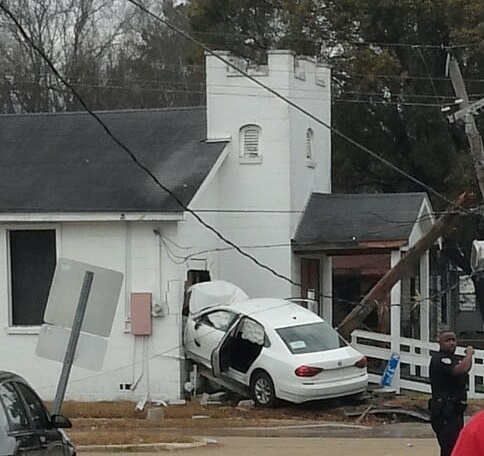 The vehicle hit utility pole and a fire hydrant before crashing into Greater Saint Michael Baptist Church. Entergy says about 100 homes in the area were without power.