'Spent every day of my Saints career trying to prove him right': Drew Brees thanks Sean Payton for long-time leadership

NEW ORLEANS - Saints fans are getting their tissues out once again this week following Sean Payton's announcement to leave the team after 16 years. Legendary quarterback Drew Brees is reflecting on memories he'll cherish forever with the coach that he says "always did what was best for the team."

The special bond between The New Orleans Saints head coach and No. 9 dates back to signing day in 2006.

"It goes back to when he first sat me down before I ever signed with the Saints, and he started drawing up plays on the board that was a combination of his West Coast offensive background and philosophy, and the things that I did well with the San Diego Chargers," Brees said.

"I remember looking at him saying, 'Oh, you guys run these concepts as well?' And he said, 'No, but I know that you ran these and you ran them very well, and we're going to build this offense around you and your strengths.' "Right away, I realized that that was such a unique approach and maybe so much different than what I expected, especially from a first-time head coach, coming into a really tough situation with high expectations."

Payton stepped away from coaching on Jan. 25, 2022 after 16 seasons with the Saints and a 15-year coaching record of 152-89 in the regular season, with a 9-8 postseason record and Super Bowl XLIV victory on his resume. 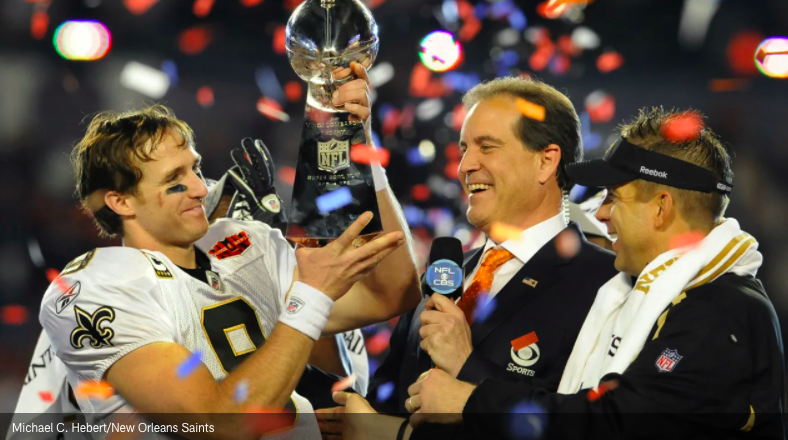 "It's very significant," Brees said of the success. "It's very significant. Because it's so rare, especially in this day and age, different than maybe what you would say about the '60s, '70s, '80s where we can reference many of these organizations that built these dynasties or just this consistency in performance."

Brees continues to say, "I'm just so grateful to have had the opportunity to play, not just with one coach during that time, but with one Sean Payton."

But before Brees could play for Payton, he reflects on his experience learning all about him.

"I'll never forget the day that I got a call from him when I was in Birmingham, Alabama, rehabbing my shoulder," Brees said. "I answer the phone, I don't recognize the number. But that was at an interesting time leading up to free agency, where I felt like I had to be on watch for anybody and everybody that hopefully would be calling me, which I wasn't sure if there would be any coming off of that injury. I remember hearing his voice for the first time saying, 'Hey, Drew Brees. Sean Payton, head coach of the New Orleans Saints.' And I remember looking over to my father-in-law who was driving me in the car at the time, because I was in the shoulder sling and all that stuff, and I kinda just said, 'Who's Sean Payton?'" 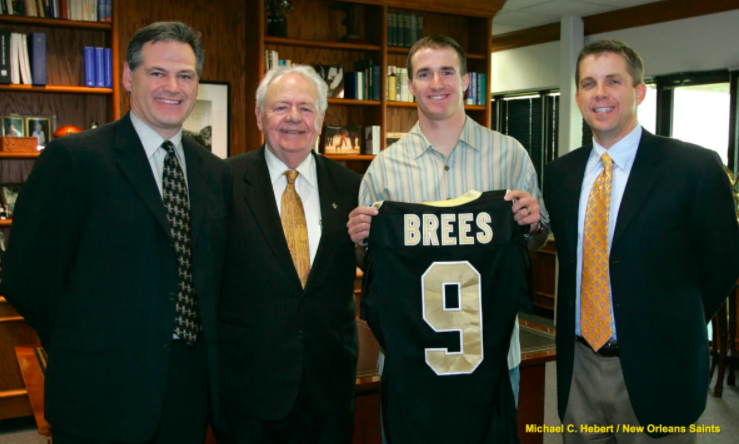 Turns out, Payton was exactly the kind of coach that Brees wanted to play for.

The New Orleans Saints took to social media Thursday to share Brees' appreciation for Payton in a Tweet.

Brees said, "So much appreciation for my head coach. What an incredible 16 years. He challenged us, motivated and inspired us, pissed us off at times (in a good way), but always did what was best for the team! Perfect blend of old school and present day. Pushed us to the edge, but knew how to have fun doing it. Always optimistic, always in the moment but preparing for the future. And always bringing out the best! An all-time great! Spent every day of my Saints career trying to prove him right!"