SLIDELL - The Slidell Police Department has announced plans for the funeral procession of an officer who was killed in an off-duty crash Wednesday.

Funeral services for Lieutenant Ray Dupuy are expected to  end around 1 p.m. Tuesday. After the services are complete, citizens are encouraged to the line the procession route in support of Lt. Dupuy and his family.

After the interment, all are invited for a reception back at the Slidell City Auditorium.

The route can be found below. 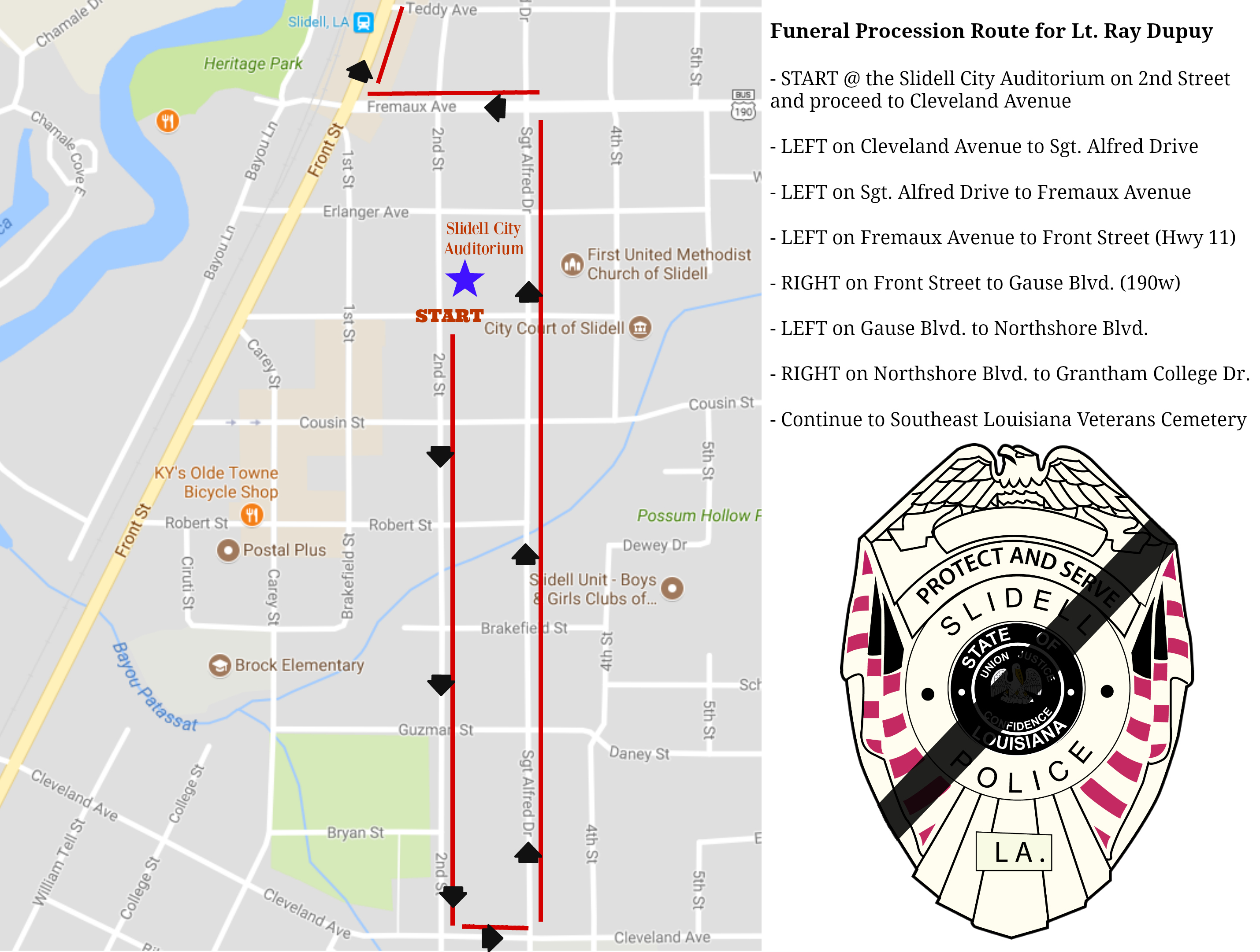