Showers and storms will bubble up this afternoon

The morning hours will be dry and the afternoon will bring some showers.

Today and Tonight: Temperatures will heat into the mid-80s through the late morning and early afternoon hours today. Scattered showers are going to bubble up in the later afternoon and evening hours. The heaviest rain is likely to be south of Baton Rouge, but everyone still has a chance to catch a shower or two. Like summertime storms, the storms today will live and die by the power of the sun. When the sun goes down, showers will go down too. Overnight lows will be in the upper 60s. 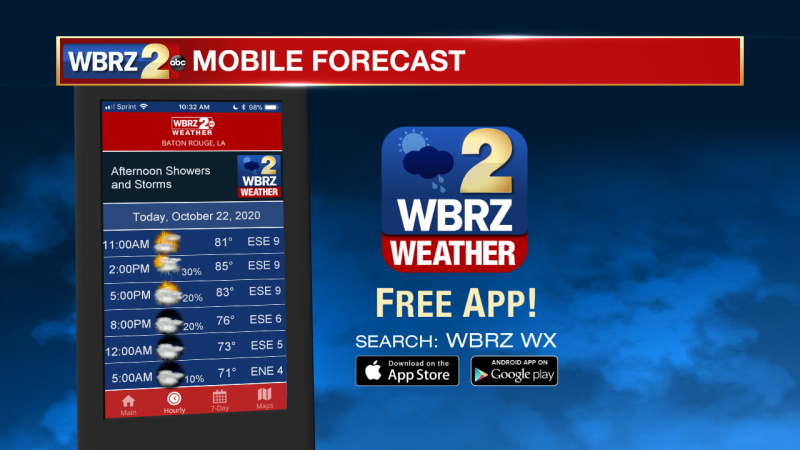 If you need to know exactly when and where afternoon showers pop up, you can track it out on the WBRZ Weather app. It is a free download on your Apple or Android device. It will alert you when rain and lightning are in your area.

Up next: Expect another rainy afternoon on Friday too. Rain chances are a little higher, near 50%. Once again temperatures will be in the 80s. The rain chances go down for the weekend and temperatures will be down slightly as well. A cold front is set to move through our area by the middle of next week. Right now, the expectation is that temperatures will no longer be above normal. Meaning, afternoon highs will be in the very low 80s and upper 70s. It is still too early to see any major changes on the 7-day forecast. Click here to see the 7-day forecast.

Tropical Storm Epsilon continues to move out in the open Atlantic. It will not impact the Gulf Coast or anywhere in the United States. Click here to see the latest forecast cone.

There is an area to watch in the Caribbean. The development chances are low and the disturbance is forecast to move north over Cuba and go into the Atlantic. The tropical activity is not going to impact the local forecast. 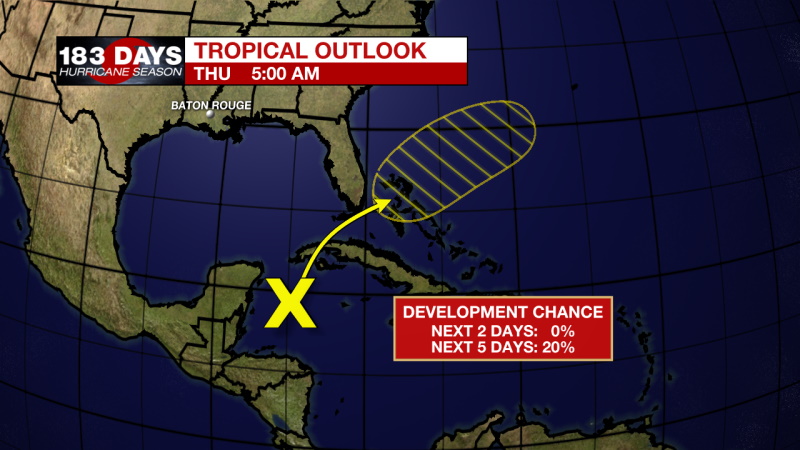 A trough of low pressure located over the western Caribbean Sea is producing a large area of disorganized showers and thunderstorms which primarily extend near Jamaica, the Cayman Islands, and Cuba. Development of this system is unlikely to occur during the next few days as it passes near western Cuba and moves over the Straits of Florida. By late this weekend or early next week, however, some slow development is possible while the system moves generally northeastward from near the northwestern Bahamas toward the western Atlantic. Regardless of development, locally heavy rainfall is possible over portions of Cuba, South Florida, and the Bahamas through early next week.