See how Abraham, Edwards and Rispone poll in last-minute survey

Two polls were released Monday – including polling by JMC Analytics.

Of people who had made up their minds about the three leading candidates, 45% of those polled favored Edwards; 20% favored Baton Rouge businessman Eddie Rispone, a Republican; and 19% favored Congressman Ralph Abraham, also a Republican. 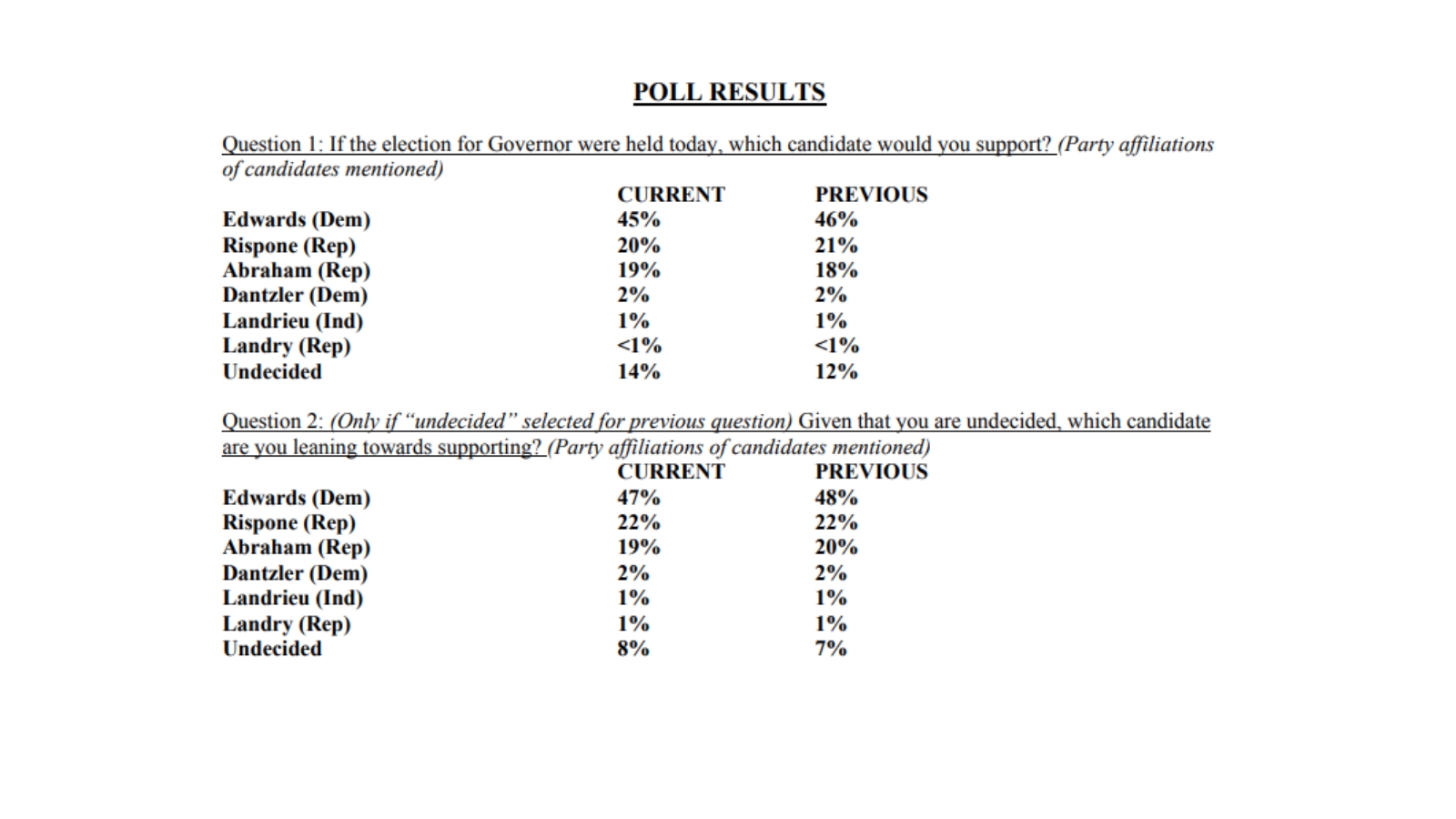 JMC Analytics and Polling was commissioned to conduct this poll for the Louisiana Association of Health Plans.

“The Governor’s race will go down to the wire,” pollsters discerned from their research.

The poll was conducted late last week (October 3-5) and showed no noteworthy changes from one conducted September 19 – 21, which reported Edwards with 46%, Rispone with 21% and Abraham at 18%.

The results were closely aligned with another poll released by a national TV company Monday, showing Edwards with 45%, Rispone at 22% and 17% for Abraham.

The election is Saturday.