WASHINGTON - As of Friday (July 3) morning, the Washington Redskins are one step closer to officially changing their team's name.

The NFL franchise is moving from conducting internal discussions related to the renaming into leading an official review of the name change, according to journalist/NFL Insider Ian Rapoport.

The team issued a statement regarding the matter, Friday.

In the announcement, Head Coach Ron Rivera said: "This issue is of personal importance to me and I look forward to working closely with Dan Snyder (the team's owner) to make sure we continue the mission of honoring and supporting Native Americans and our Military."

View the full statement from the team below: 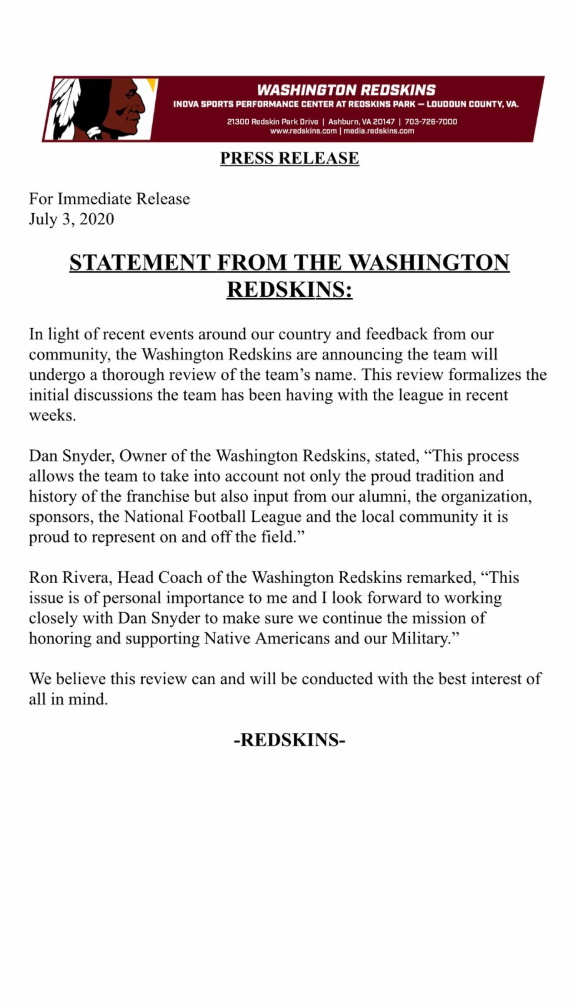 The announcement comes after FedEx released a statement Thursday explaining that it requested the NFL franchise to change its name. The company owns the naming rights to the team's current stadium, FedEx Field.

JUST IN: @FedEx has asked the Washington @Redskins to change its name. Here is the statement:

“We have communicated to the team in Washington our request that they change the team name.“

The Washington football franchise has long faced calls to change its name and logo, which are widely considered to be insensitive to Native Americans.