BATON ROUGE - In honor of National Dessert Day, which falls on Wednesday, October 14, WBRZ's 2une In team discussed one of their favorite desserts, the delicious donut.

According to some, the donut (or doughnut) has been a favorite of America's dessert connoisseurs since it was first brought to the states by Dutch Settlers in or around the year 1809.

Back then, the Dutch called the tasty treat an 'olykoek,' which translates to 'oil cake' or oily cake.'

Since the early 1800's, talented bakers have recreated the donut, topping it with addictive glazes and sprinkles, or even filling it with chocolate or fruit-flavored custards and jellies.

This led 2une In to pose a very serious question to its viewers: Which Baton Rouge donut shop is at the top of their 'favorites' list?

The responses flew in over the past hour, quickly advancing Mary Lee's Donuts to the #1 spot.

With 40% of respondents choosing Mary Lee's as their favorite, Krispy Kreme Donuts came in at a close second with 35% of votes. In third place, Thee Heavenly Donuts garnered 12% of votes, nearly tied with fourth place's District Donuts, which earned 10% of votes. And in fifth place, supporters of Good Morning Donuts chimed in, giving the shop just over 2% of votes. 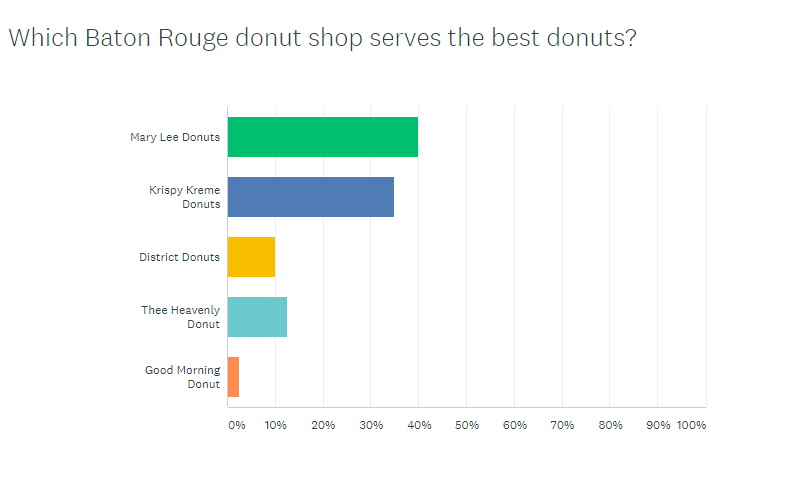 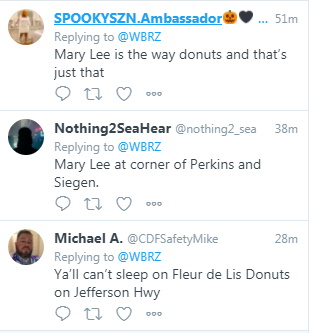