LIVINGSTON PARISH - Early Wednesday morning, the driver of a stolen vehicle was pursued by Baton Rouge authorities until the driver came to a stop along South Range Avenue in Denham Springs.

According to Denham Springs Police Chief, J. Shannon Womack, officers with the Baton Rouge Police Department (BRPD) were following a stolen vehicle into the area.

A representative with BRPD later confirmed that 43-year-old Shawn Phillips was arrested in connection with the incident.

Eventually, however, the driver stopped at an address on S. Range Avenue and was taken into custody.

The incident occurred well before 5 a.m., and some locals who noticed the high level of law enforcement activity took to social media to describe what they saw.

One user posted the media below on Facebook, stating, "Wonder what’s going on by the pilot and circle k on south range in denham springs this was about 10 mins ago." 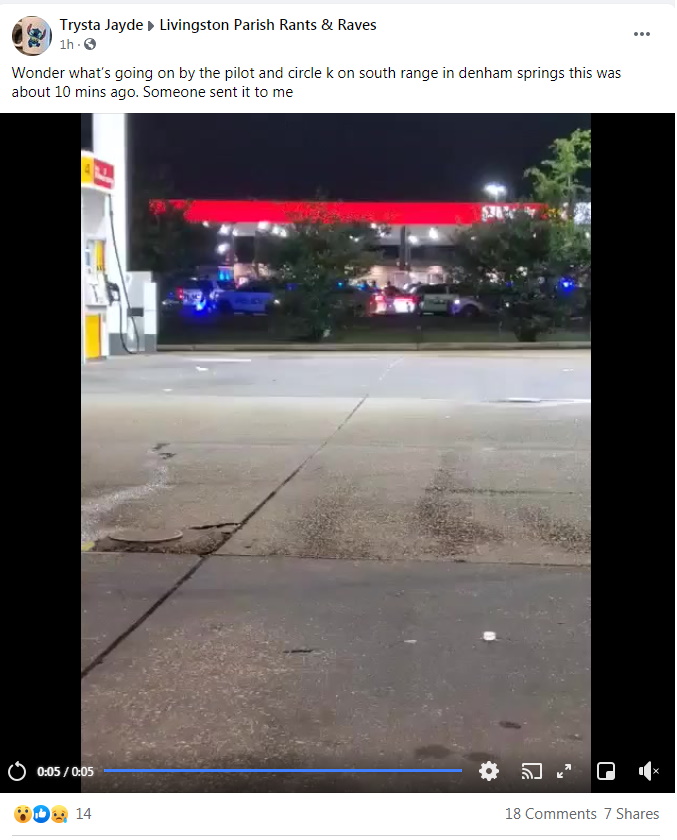 This article will be updated should additional information related to the pursuit become available.