NEW ORLEANS - The New Orleans Police Department (NOPD) is searching for a suspect accused in a Christmas Eve stabbing on Bourbon Street.

According to WWL-TV, NOPD is searching for 39-year-old Julio "Rocky" Keenum in connection with a 7 p.m. stabbing in the 400 block of Bourbon Street, between Conti and St. Louis Streets.

Police say Keenum was arguing with the victim and the spat became violent when Keenum pulled out a knife and stabbed the victim in the stomach.

As of Monday morning, Keenum is wanted for attempted second-degree murder.

NOPD shared photos of four people who were with Keenum and who police would like to meet with for questioning. 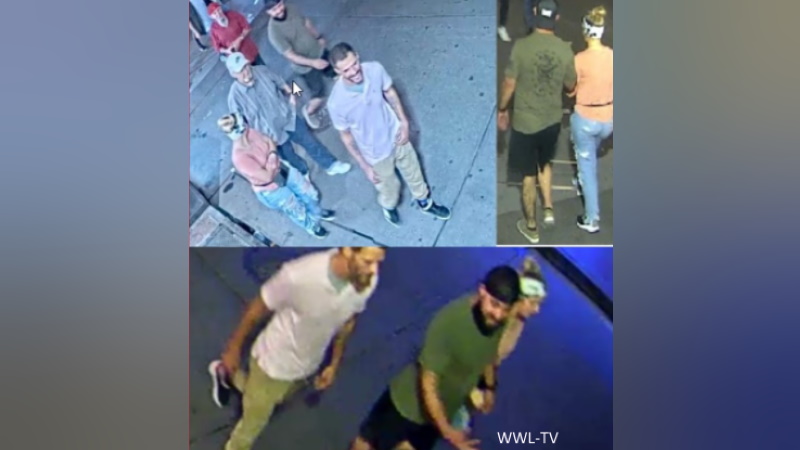 Anyone with additional information related to this incident and/or the pictured persons of interest should contact NOPD Eighth District detectives at 504.658.6080 or call anonymously to Crimestoppers of Greater New Orleans at 504-822-1111 or toll-free 1-877-903-STOP.