***FLASH FLOOD WATCH*** remains active through 7 p.m. this evening. Areas that flooded on Monday will be most at risk for flooding again this afternoon. 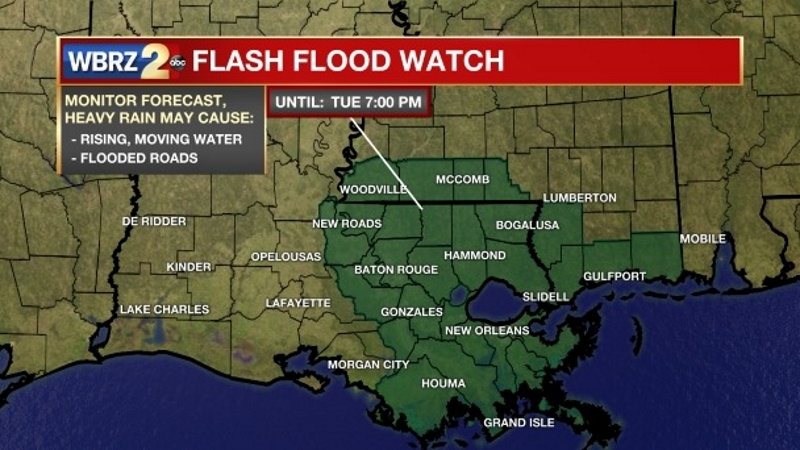 Today and Tonight: Another rainy day is in store. The morning hours will be cloudy but mostly dry. Afternoon showers will start to pop up around noon and become more widespread by the evening. Showers will be capable of brief downpours and the Flash Flood Watch remains in effect through 7pm tonight. Areas that see rain should look out for water in the roadways. Highs will be near 87 degrees. Shower activity will die out as the sun goes down. Overnight lows will be near 75.

Up Next: Afternoon showers and storms will be possible again on Wednesday. Drier air will be moving in, decreasing the frequency and intensity of storms that form tomorrow. Temperatures will top out in the upper 80s. Thursday will be drier and warmer with temperatures climbing well into the 90s and afternoon pop-up showers very few in number. Overnight lows will warm up a little too and be near 76. Just a few showers and storms are expected each afternoon as we approach the weekend. 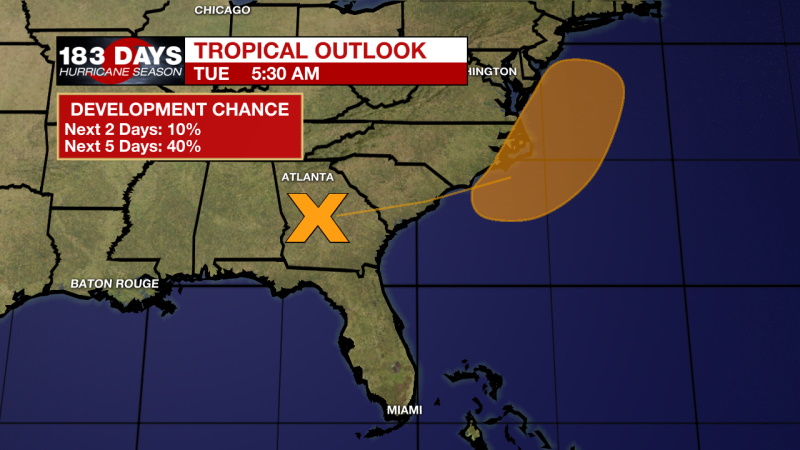 The Tropics: Tropical Storm Edouard became a post tropical cyclone on Monday afternoon. The maximum sustained winds are near 45mph and little to no change in strength is in the forecast. Edouard will likely be absorbed into a larger atmospheric boundary today. The National Hurricane Center is no longer issuing outlooks for Edouard.

Closer to home, a small low pressure inland over central Georgia is associated with disorganized thunderstorm activity. Though significant development is unlikely, the low is expected to become more defined as it moves northeast toward the Carolinas. The main threats with this system are increased storm activity in the impacted areas. Once the low reemerges over the Atlantic, some development is possible. Regardless of development, the low is forecast to produce locally heavy rainfall that could cause flash flooding across portions of the southeastern U.S. during the next couple of days. Formation chance through 48 hours...low...10 percent. Formation chance through 5 days...medium...40 percent.

Our viewing area is situated on a boundary between two ridges. This is creating ample instability and lift for prolonged showers and storms for Tuesday. A ridge that is currently over the 4 Corners will start to dig and expand eastward toward us on Wednesday. This will increase subsidence and bring dry air further east. Rain chances and coverage will slowly decline as this dry air moves in. 500 mb heights are also expected to increase. Temperatures will climb well into the 90s by the end of the week.
--Marisa