A new study by researchers at NOAA and CIMAS (Cooperative Institute for Marine and Atmospheric Studies) are modeling data from the 2014 Hurricane Edouard in order to figure out why some storms rapidly intensify while others under similar conditions do not.

Rapid intensification is when the maximum sustained winds of a storm increases to at least 30 knots (35 mph) within a 24 hour period. This intensification occurred with Edouard, going from 40 knots to 70 knots within 24 hours. Edouard began as a tropical low on September 10 off the coast of Africa, before increasing to a tropical depression the next day. On the 12th of September, Edouard was named as a Tropical Storm and continued west across the Atlantic before reaching hurricane status on September 14th. Edouard ended up becoming the first major hurricane to develop in the Atlantic basin since Hurricane Sandy of 2012. This hurricane was heavily studied, as an unmanned aircraft was deployed by a NOAA WP-3D aircraft for the first time ever. In all, four unmanned flights were conducted, helping to determine the eye’s location and wind speeds. 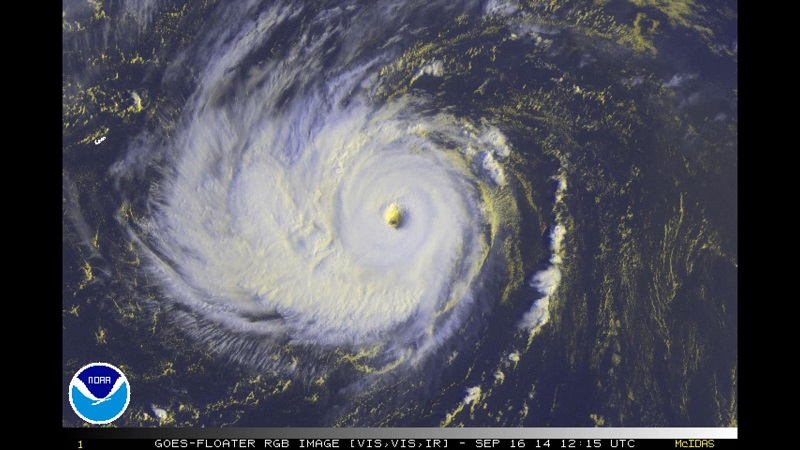 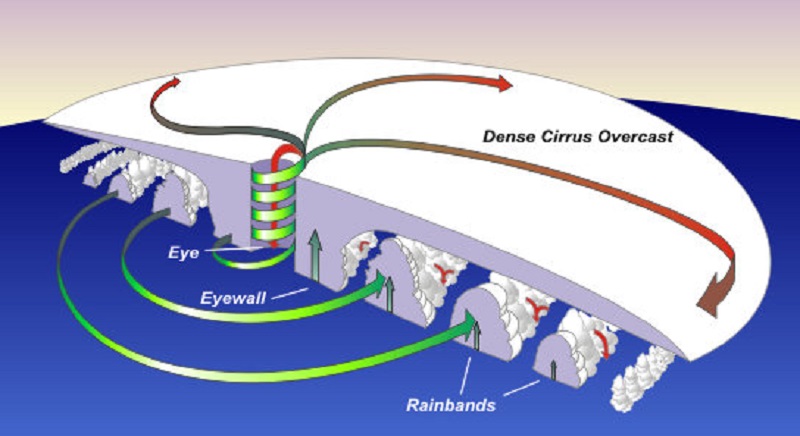 Cross-section of a hurricane, showing wind directions and rotation at the surface and aloft.

The National Hurricane Center boasts that their track predictions have dramatically improved in recent years. They are between 30 and 40 percent more accurate than 20 years ago. The real issue has been the extended forecasts, which are usually still off by one category 72 to 120 hours out. Just like in weather forecasting, when you start looking further out than 3-4 days, there are so many factors that could change timing that gets compounded the further you look in time.