Husband, wife accused of selling drugs with child in vehicle

BATON ROUGE - The sheriff's office has arrested a husband and wife accused of making a drug sale with a small child in their vehicle.

According to the East Baton Rouge Sheriff's Office, 37-year-old Cedric Cage and 43-year-old Rhashida Cage were taken into custody on Thursday, June 13. Authorities say Cedric Cage was conducting what appeared to be a drug sale on Greenwell Springs Road with his wife and a small child seated in the vehicle.

Booking records say Cage led officials on a brief foot pursuit, but was taken into custody shortly after.

Cedric and Rhashia Cage were booked into the East Baton Rouge Parish Prison and charged accordingly.

Clumon Lanieux was at the residence at the time of the raid, and was also taken into custody for possession of a firearm by a convicted felon and possession of drug paraphernalia. 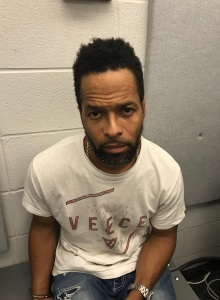