Hurricane Delta broke records as the 10th landfall of the 2020 season. The previous record number of landfalls in a season was nine, set back in 1916.

Hurricane Delta was also the 4th storm to make landfall in Louisiana this season.

Hurricane Delta officially made landfall near Creole, LA on October 9 as a category 2 storm, with an estimated wind speed of 100 mph.

Here's a look at peak wind gusts across south Louisiana: 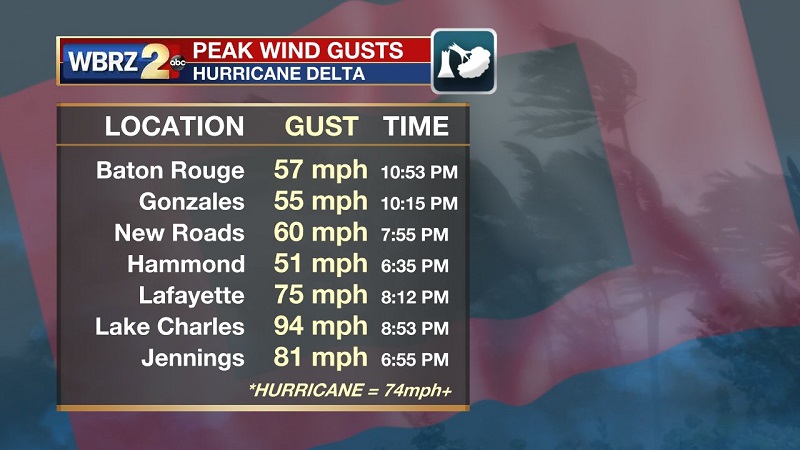 Damage photos from around the metro can be found here

On Saturday morning, an estimated 688,000 customers were without power across Louisiana. Even today, five days after the storm, customers around south Louisiana remain without electricity. 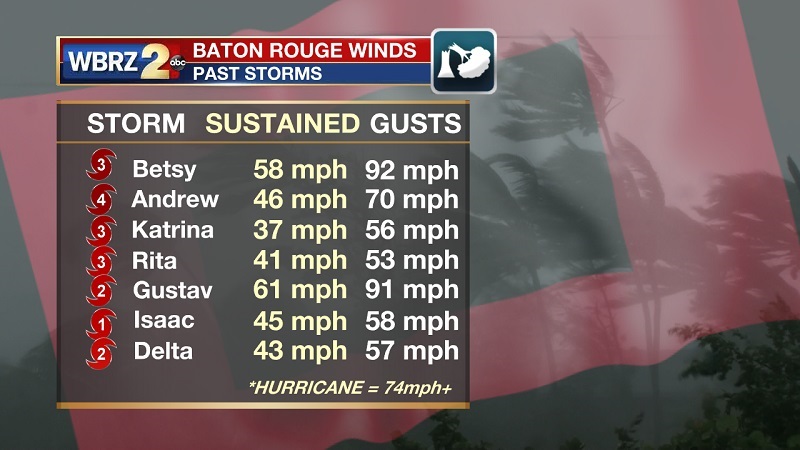 In comparison to past storms to impact the Baton Rouge area, Delta's wind impacts were most similar to Hurricane Isaac (2012). You could also put the impacts from Delta in the same category as Katrina and Rita (2005) here locally.

In Zachary, 10.20" of rainfall fell when a far outer band from Delta sat over northern parts of Baton Rouge for hours. This led to localized flooding and resulted in a period of water rise on the Amite and Comite rivers.

Fingers crossed that the remainder of the hurricane season is quiet!