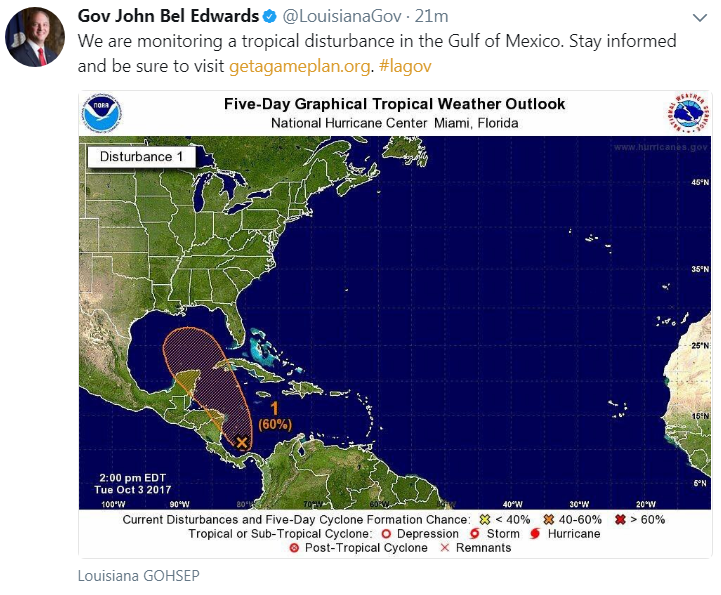 At the time of this post, the disturbance is located in the Caribbean Sea near Nicaragua, Costa Rica, and Panama.

Forecasts suggest if a tropical cyclone were to develop, it could enter into the Gulf of Mexico. A cone of uncertainty predicts a potential tropical cyclone could follow a path anywhere between Texas and the Florida panhandle.

As always, you can stay up to date on tropical development in the WBRZ Hurricane Center, following @WBRZweather, and by downloading the WBRZ Weather app.