According to representatives with the Baton Rouge Fire Department, the incident occurred at a vacant home in the 200 block of East Johnson Street shortly after 9 a.m. 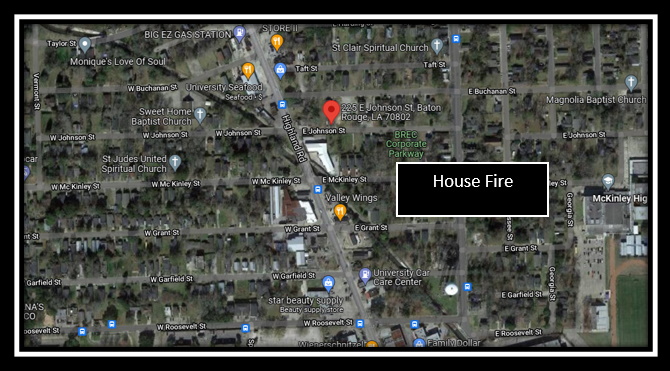 When firefighters arrived they saw light smoke coming from the home and upon making their way inside, discovered a rubbish fire.

They were able to extinguish the fire before it spread to other structures.

Anyone with information about this act of arson is urged to contact fire investigators at (225) 389-2050.