Afternoon Storms Continue Through the Weekend

Tonight and Tomorrow: Partly cloudy skies tonight, with calm winds from the south. Temperatures will be dropping into the 70s around 9 PM, as we bottom out near 72° for our low. Clouds will build through Sunday morning, as scattered showers and storms develop through the afternoon and early evening hours. Some storms will be rather strong, with heavy downpours, gusty winds between 30-40 mph, and frequent lightning. Localized flooding will be possible within some of these cells, so make sure not to drive through flooded roadways. Temperatures will warm into the 80s around 9 AM, as highs reach near 89° with light winds out of the west. 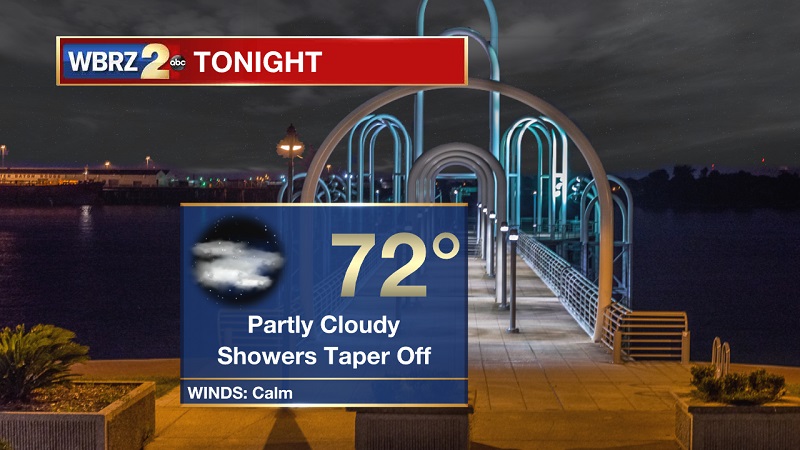 Up Next:  This weather pattern stays through the beginning of the workweek, before more spotty to isolated afternoon showers occur beginning Thursday. 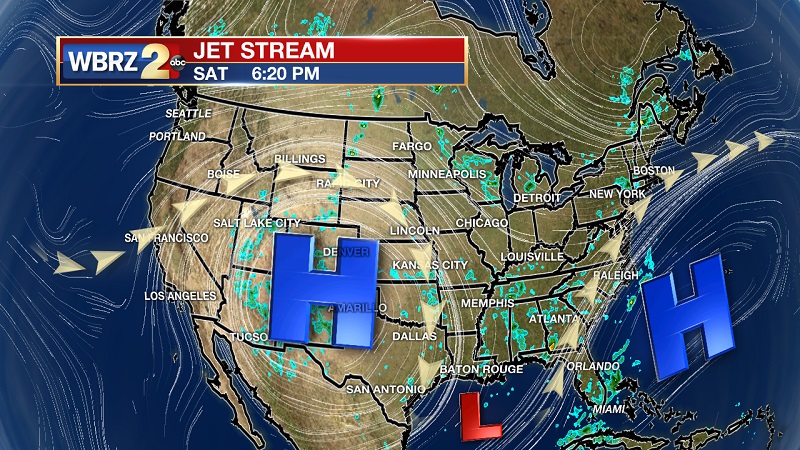 The Tropics: A large area of showers and thunderstorms located several hundred miles east of the Lesser Antilles is associated with a tropical wave. Some slow development of this system is possible over the next day or two as the disturbance moves west-northwestward toward the northern Lesser Antilles. Upper-level winds are then expected to become unfavorable for further development early next week. The National Hurricane Center is forecasting a 20% chance of tropical development within the next 48 hours, and also a 20% chance within the next 5 days. 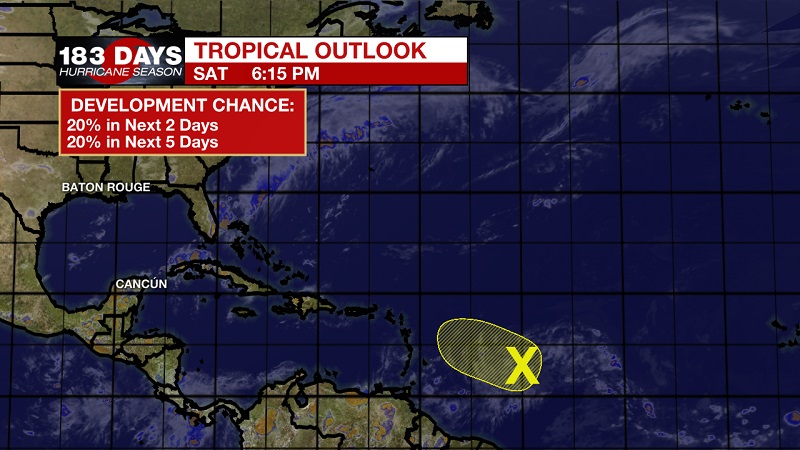 This weather pattern will be staying with us over the weekend and into the workweek. Expect afternoon showers and storms during this timeframe, with strong storms incurring heavy rainfall. It all is associated with an upper level trough that is over the southeast U.S. between two strong high pressure systems near Bermuda and the four corners region. Showers should become more isolated after midweek, but that is when weather models begin to disagree. Both the GFS and the EURO indicate that an upper level trough will swing through the Great Lakes region, but the GFS hints at a sharper trough that pushes the into the Gulf. Even if this does pan out, it will only bring added atmospheric forcings to increase vertical development of storms. This would translate into more scattered storms than isolated. Due to the strength and location of current high pressures over the southern U.S., I have decided to lean more on the EURO model. This outcome would allow for isolated storms to still develop through the afternoon, as high temperatures slowly increase with less cloud cover beginning Thursday. This pattern should stay the course into next weekend.