A Wet Sunday, Possible Storms, Then Another Cold Snap

Isolated showers and a few thunderstorms will dominate Sunday's forecast, but it now appears to be far from a washout.  Temperatures will start off in the lower 60 before topping out in the low 70s, then quickly dropping after the cold front passes mid to late afternoon.

Today and Tonight: Expect showers to begins early accompanied by areas of patchy fog that should clear out quickly by mid morning.  Statistically, rain chances stand around 80 percent today with the bulk of the rain beginning around or before the noon hour.  The good news is that this rain event looks far from a washout, but some of the thunderstorms that pop off along and ahead of the strong cold front could approach severe limits. 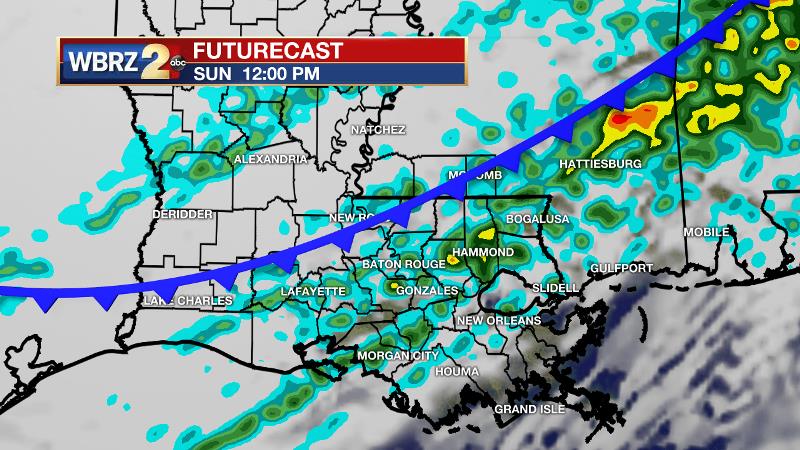 The Severe Threat: The Storm Prediction Center has placed East Baton Rouge Parish in both the Marginal and Slight Risk categories for the possibility of severe weather.  The Marginal Risk extends through much of west and central East Baton Rouge Parish while the Slight Risk is for the eastern most part of the parish.  The Slight Risk also encompasses many other Parishes to the east, and this will be the greatest threat area for severe weather to occur.  The main threat will be heavy rain, dangerous lightning and gusty winds.  Tornadoes and damaging winds ARE NOT a threat for Sunday's potential severe weather event. 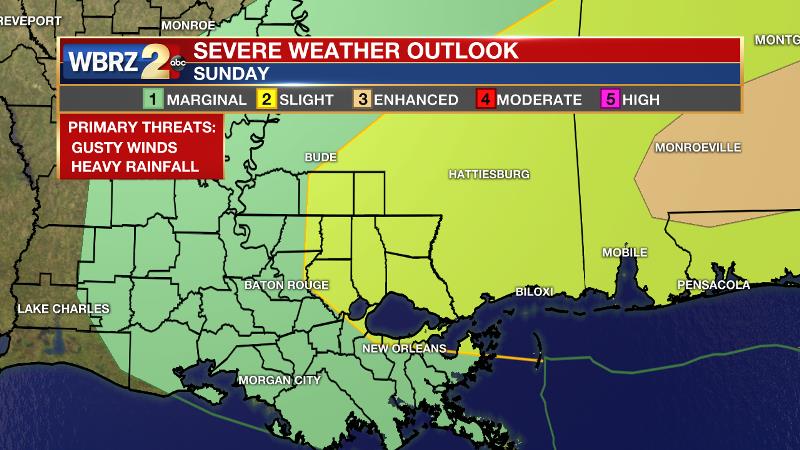 THE EXTENDED FORECAST: Temperature will begin to drop sharply late Sunday afternoon due the passage of a strong cold front.  It is not totally out of the question to see the mercury drop 15-20 degrees within a few hours after the front passes.  Expect some light showers to possibily hang around through the late evening hours with skies slowly clearing overnight and temperatures settling to a low of 39 degrees by sunrise.  Plenty of sunshine will be on tap for Monday through Thursday with Luni Gras and Mardi Gras being clear and cold.  The coldest temps will be Tuesday night and Wednesday morning when lows hit the freezing mark.  Highs will struggle to make it into the low 50s Monday, Tuesday and Wednesday. 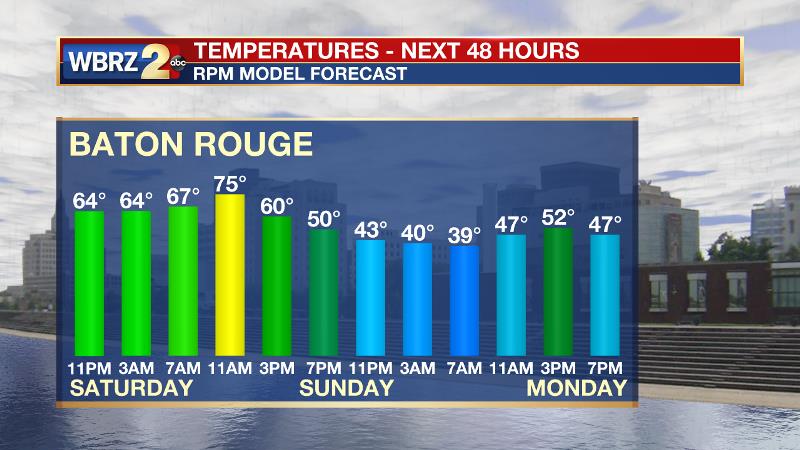