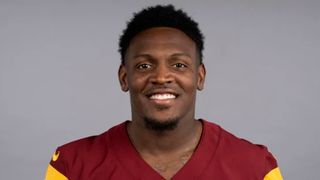 BATON ROUGE - As NFL players are starting to report to training camp, there are a few Southern Jaguars looking to make their mark this season.

Rookie offensive tackle J'Atyre Carter will be pushing to make the Bears roster. Drafted in the 7th round this past year, Carter was the first Southern draft pick since 2004.

Danny Johnson, the former East Feliciana Tiger, is entering his 5th season with Washington. Johnson broke through a bit last year, playing a lot of nickel and on special teams. This season, Johnson is trying to show he can be a consistent player in the league.

"I've gotten older just playing for Washington, I learned how to do things. I've gotten more comfortable, and I'm trying to continue to keep building."

In his first couple of seasons in the league, Johnson was constantly being waived and put on practice squad, but he finally started to catch his footing last year—having 21 tackles for the Commanders.

And in 2022 Johnson is hoping he can put it all together.

"My goals for this season, is to continue to play even more. I played a good bit last year and now for me it's just continue to play from the start and just, you know, have a great season this year."