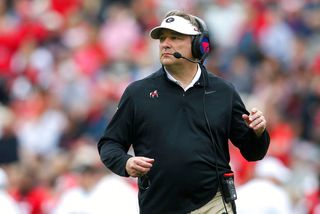 Smart has been the head coach of the Bulldogs since 2016.