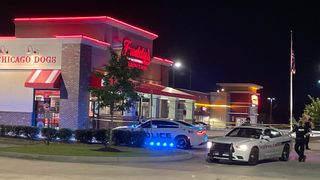 BATON ROUGE - Shots were fired at a restaurant along I-12 after an irate customer picked a fight with employees over a missing order.

According to police, it happened after a customer in the drive-thru line learned their order was given away to someone else by mistake. That person got into an argument with an employee, who reportedly went outside to fight the customer, and another worker had to intervene.

As the employees were walking back into the restaurant, witnesses said someone opened fire on the building.

One person was struck by the gunfire and is expected to survive. The shooter fled before police arrived, and officers have yet to identify that person.