Donaldsonville: Cracking down on crime with cash 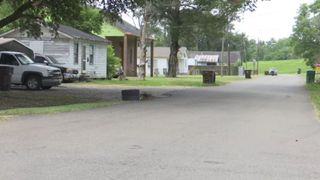 DONALDSONVILLE - The Donaldsonville City Council has just given the Ascension Parish Sheriff's Office a check for $50,000, and that money will be used for a special crime task force.

"Crime is something that affects all of us." Chairman of the Donaldsonville city council, Rev. Charles Brown, said. "We have seen it, but we have never seen it like that, back-to-back murders."

The small town of Donaldsonville has already seen three homicides this year, including two murders in two days last month.

"People seem to know when the police are going to pass and when they are not. When they are out and about like that, it gives even those committing crimes the awareness that they're being watched," Brown said.

Lowery has lived in the Port Barrow section of Donaldsonville for more than 30 years. He says something needs to be done about crime in his neighborhood.

And even though Lowery doesn't know if the task force will work, he's not going to let crime force him to move.

"I live here. I'm gonna be a resident of this town as long as I'm living," Lowery said.

Rev. Brown also has his concerns about what the city is going to do once the $50,000 runs out.