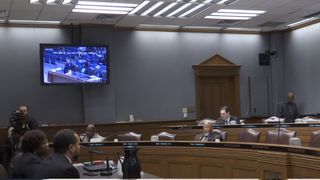 BATON ROUGE - Louisiana lawmakers were unable to get anything done in a special session where they were supposed to make a congressional map that has two majority-minority districts.

They were ordered by Federal Judge Shelly Dick to do so, but after a week of debates, both Republicans and Democrats were unwilling to budge and no progress was made.

This caused the special session, which was supposed to end Monday, to end Saturday.

"It was an absolute failure," Democrat State Senator Cleo Fields said about the special session.

Fields said nothing was getting done, and there was no point in continuing.

"No need to continue to spend taxpayers' money when we knew that there was just no way some legislators would vote for a second majority-minority district," Fields said.

Fields introduced one map that met the requirements. He says lawmakers could have voted a map through but did not want to.

"A majority of the legislators do not have the will to do the right thing," Fields said.

He also says it is embarrassing for the state to have a Federal Judge step in and draw the lines on the map.

We asked him if he thinks race has something to do with lawmakers not agreeing to a second black district.

"I think it has everything to do with race," Fields told WBRZ.

He says this is not about party, but about doing the right thing.

"Everybody should be treated equally and you can't say you treat people equally if you don't want them to share in the power, or to share in representation," Fields said.

During the session, Republicans said no changes to the map were necessary.

"I do believe that the map we've passed already, we have done the right thing and I do believe that is a good map," Sharon Hewitt, a Republican from Slidell said during the session last week.

She also says that maps can not be drawn only because of race.

"The 14th Amendment says you can not use race as a predominant reason for drawing a map, yet we're getting directed by the court to use race as the reason to draw a second district," Hewitt said.

But Fields says the judge's order is clear.

"I want the federal court to do what the law says we must do and that is all people are created equal and they should be treated equal," Fields said

A hearing on this issue is set for June 29th in federal court.

That is likely not going to be the last time this debate is brought up as lawsuits might be filed once the map is drawn.