Teen arrested after threatening to shoot up high school on Snapchat 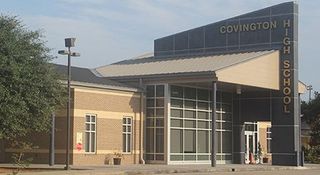 COVINGTON - A 17-year-old was arrested Wednesday after he allegedly made a post on social media threatening a mass shooting at a high school.

The St. Tammany Parish Sheriff's Office said the teen, a student at Covington High School, made the threat on Snapchat. The post raised concerns after a screenshot began circulating on Facebook.

After getting reports about the threat, deputies went to the teen's home. The student admitted to making the post but told officers it was "misinterpreted."

He was booked into a juvenile detention center on a charge of terrorizing.

A heightened law enforcement presence was also set up at Covington High and nearby Fontainebleau High in wake of the threat.