Waitress kidnapped after following customers who skipped out on bill 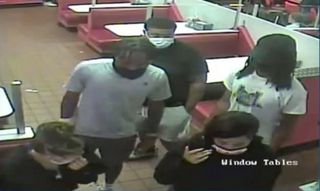 WASHINGTON, N.J. - A waitress was assaulted and abducted after confronting a group of customers who refused to pay for their meal.

The attack happened around 11:15 p.m. Saturday at a Nifty Fifties restaurant.

Washington Township Police said a 20-year-old waitress followed a group of customers to the parking lot after they did not pay a $70 bill.

The diners allegedly forced her into their vehicle, assaulted her and drove around briefly before pushing the victim out of the car.

The waitress ran back to the restaurant to call the police. She was later taken to a hospital with minor injuries.

The suspects were last seen driving in a newer model white Dodge Durango on Route 42 south near Monroe Township.