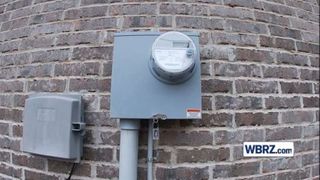 The commission's call for an independent investigator comes as Entergy is still conducting its own investigation into the meters. Last month, the oversight board asked for Entergy to look into the devices after some customers reported their bills doubled.

"We have asked Entergy to give us a report, and then we're going to scrutinize that report," Commissioner Dr. Craig Greene said in January. "We just want to do the math and see if there's any problems. Or does it make sense?"

About a month ago, 2 On Your Side spoke to Entergy customers in multiple parishes who said their bills spiked after having the new smart meters installed.

Entergy has said the advanced meters would offer improved customer service thanks to better insight into each household's energy usage, better detection of outages, and faster connection and disconnection of service.

The company previously said it couldn't offer explanations for changes in each customer's bill without looking at the different factors for each household. The company also suggested that some older meters may have become less accurate over time and were potentially reading under the actual usage.