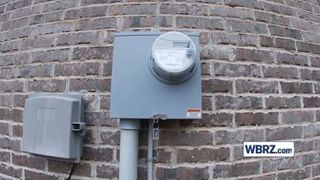 WALKER - Ever since Willie Mae Hall was laid off from her job in July, her routine at home has been the same.

"It's nothing different than we have done in the last couple of months," Hall said.

Thursday morning, Hall met 2 On Your Side's Brittany Weiss in Baton Rouge for an interview. It was about 50 degrees outside and Hall was wearing jeans and a t-shirt. Hall says she often feels warm and doesn't use her heat much.

"We're never that cold to turn it on," she said.

Yet, in 15 years of living in her Walker home, Hall says the $381 Entergy bill she received in January is the highest bill she has ever received. She can't believe it.

Last month, Hall says her Entergy meter was switched out for a smart meter. Entergy has been gradually switching the meters to a new advanced one since 2018.

"It allows you to see your usage during the day and during the month instead of just once a month when you get your bill," Entergy Customer Service Vice President Melonie Stewart said.

In December, there were six days when the temperature went below freezing. The coldest day so far this season was December 26, 202 at 29 degrees. Entergy says that has something to do with bills going up.

"Customers are seeing higher usage on their January bills due to the really cold temperatures in December," Stewart said.

Hall isn't convinced the weather plays that big a role since she barely touches her thermostat.

Hall says she'll have to dip into her savings to pay her bill since she's relying on unemployment benefits until she can go back to work. She has contacted Entergy to take another look at her meter.

This week, 2 On Your Side has heard from Entergy customers in Baton Rouge, Ascension, and Livingston Parishes regarding high January bills following a meter switch.

Entergy encourages customers to call 1-800-Entergy if they have an issue with their bill.