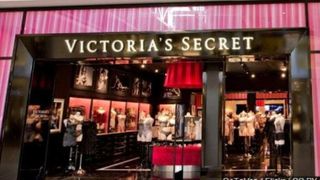 According to a post online from L Brands, they also plan to close 50 Bath & Body Works stores in the U.S. and Canada.

USA Today says, the company's stores have been closed since March 17 due to the novel coronavirus pandemic, which caused the sales to decline 37% in the quarter that ended on May 2.

In news release L Brands said on Wednesday that it, "remains committed to establishing Bath & Body Works as a pure-play public company and is taking the necessary steps to prepare the Victoria’s Secret Lingerie, Victoria’s Secret Beauty and PINK businesses to operate as a separate, standalone company."

L Brands says that majority of its stores will be open by the end of July.

This news comes after J.C. Penny announced that they will close 242 stores due to bankruptcy, and Pier 1 Imports plans to close all of its remaining stores.

L Brands did have plans to sell 55% of Victoria's Secret to Sycamore Partners, a private New York equity firm, but the deal was called off in early May due to the pandemic.