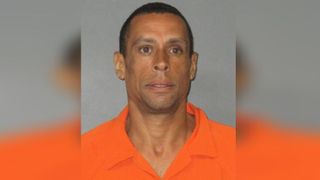 UPDATE: Police say the victim, now identified as Guillwane Kaufman, died Friday from his injuries sustained in the Aug. 24 shooting.

Santiago's charges have been upgraded to second-degree murder.

BATON ROUGE - A man has been arrested following a weekend shooting that sent one person to the hospital in critical condition.

According to the arrest report, 42-year-old Johnnie Santiago walked into a gas station Saturday night on Airline Highway. An unidentified man arrived at the location on a black bicycle.

At some point, the unidentified man walked to his bike and started to leave. Santiago followed the victim, pulled out a gun, and chased him.

Santiago then allegedly shot the victim. Authorities say the injured man was left for dead on Victoria Drive.

The suspect was arrested and charged with attempted second-degree murder and illegal carrying and discharge of a weapon.