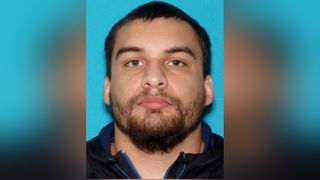 LONG PRAIRIE, Minn. (AP) - The son of a former NFL lineman accused of killing his parents in Minnesota has been extradited from Mexico.

Twenty-two-year-old Dylan John Bennett was booked into the Todd County Jail early Monday. Dylan was arrested for second-degree murder at a hotel in Cancun Saturday. It wasn't immediately clear if he had an attorney.

Barry and Carol Bennett, both 63, were found fatally shot last Wednesday at their home in Long Prairie, a town of about 3,500 people 124 miles northwest of Minneapolis.

The criminal complaint says Barry told the Todd County Sheriff's Office in December that Dylan had expressed thoughts about killing his parents while he was in a mental health treatment facility.