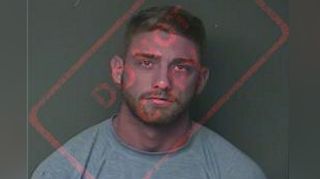 MARKSVILLE - A Lafayette man was arrested for animal cruelty after he was accused of viciously killing a young alligator in one of the state's wildlife management areas.

The Louisiana Department of Wildlife and Fisheries announced Friday that 23-year-old Clayton Voorhies had been arrested for killing the gator June 1 at the Spring Bayou Wildlife Management Area in Avoyelles Parish.

Officials say Voorhies visited the WMA with two others, identified as 22-year-old Joshua Walker and 55-year-old Jules Walker. While there, Voorhies allegedly bit the head off of a roughly foot-long alligator as the other two watched on.

Voorhies was arrested Aug. 12 and charged with aggravated cruelty to animals and taking an alligator during a closed season. The Walkers were each ticketed for illegal possession of an alligator.