Southern goalie with autism kicks off career with stellar start 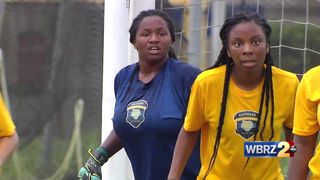 With 165 saves in her freshman year at Southern, Chioma Eriken was an easy choice for SWAC preseason Keeper of the Year.

Despite the amazing stats, there's a battle she fights while she's battling the opposition.

During her time as a soccer keeper, she's gotten pretty good at deflecting tough shots. Even the ones autism throws at her.

"For most of my life I didn't think it was that big of a deal. It was just something I had."